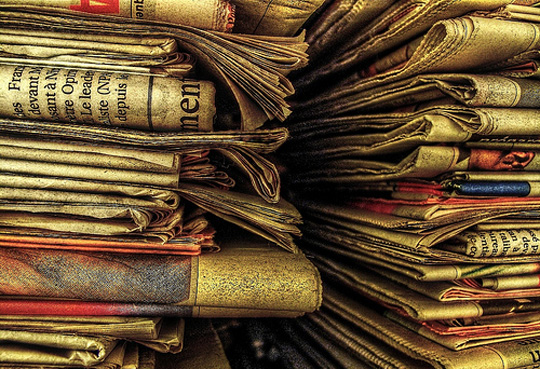 I wonder why beautiful things are left alone and forgotten. Why people abandon things they have worked so hard on, why they deserted them. Same goes for blogs, why would anyone simply let their blog die?

Since most blogs are hosted using automated system, they are not cleaned up afterwards. The hosting companies want to have material on their servers in order to generate traffic, and the cost of text is close to none - so they keep it as long as they can. If the users don't chose to erase their work.. it stays online.

But why does a blog die? Is it because the writer is dead? Hehe, I hope so... or not. Well, sometimes I really hate the author since he or she might have been about to write something I need (like a tech walkthrough) but never got around to it. As far as I understand, the reasons for letting a blog die is as follows:

Not having time to blog.
Lost interest in blogging.
Created a new blog.
Lost login credentials.
Started going outside more.

Okay, I have to admit - I added the last one myself. It's a joke... going outside have nothing with blogging to do, don't worry! You can go outside and still write about silly cats on the internet, no problem! Seriously thought, why would anyone stop blogging?

Lost passwords and usernames can often be recovered, but in a worst-case scenario a new blog might be in order. Those people I can forgive for not posting a last post or such. But why would one create a new blog without reason? When I was younger I actually did this.. I blogged but I couldn't stay in one place. I changed service four times before ending up with Wordpress (and what is the ancient version of this blog!).

I think I deleted my previous blogs (one service actually shut down as well). The reason to why I switched was that I didn't have enough control. After some three or four posts I had to move on because I couldn't change text color or upload big images. It drove me mad, in a way. But could this really be why there are so many dead blogs? People should host their own blogs, so when they don't want to blog, the blog will be taken offline.

I'll die before this blog dies out. Stay tuned for some sixty years of blogging!