Lately I've been kickin' some really sweet games, such as COD: Black Ops. There is this easter egg (hold spacebar in menu) that allows you to have fun with a terminal in your cell. "cd /bin" and run doa (Dead Ops Arcade) - sweet hours of hidden fun. Anyway, I tried this game called Zork, and it really got me hooked. Zork is a text-based adventure game where (as far as I understand) you collect treasures to win. But why play Zork in Black Ops when I could do it in DOS? 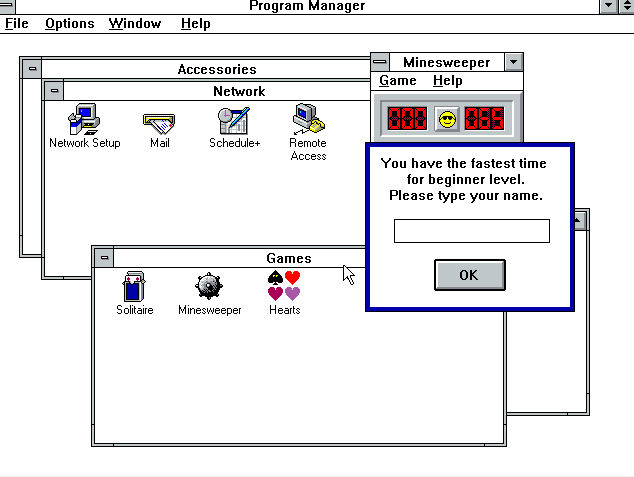 So first off I downloaded Oracle's VM  VirtualBox (which is free, so go for it!). After that I got hold of some old MS-DOS 6.22 and Windows 3.11 floppies and converted them into virtual image files. If you got a real floppy reader this might not be an issue, but I'd rather use virtual disks over unreliable floppies.

Create a new unit in VirtualBox, use Windows 3.1 as the OS. Recommended settings work, but I forced the hard disk to 180mb. Don't give it too much HDD or RAM since it's oldschool code that doesn't know how to use it. Mount a virtual floppy (DOS disk 1) and boot. For me the DOS didn't work, so I ran a boot disk from bootdisk from bootdisk.com (there is one called 622c.zip) which formatted the HDD. "fdisk" is the utility used, so type that and the rest will be simple.

Then DOS installed fine. Reboot to be sure. Insert 3.11 disk 1 and reboot. Again, this didn't work for me. My solution was to insert the disk and do "dir A:" (listing all files on the floppy) and then typing A:\setup.exe (I think that was the name) to perform the actual setup. When it's done simply boot and type "win" to enter Windows 3.11, or skip it to stay in DOS.

Next I google'd to get some neat games DosGamesArchive got a nice list! I used WinImage to create new floppy images with the files I wanted to transfer, mounted them, and used File Manager (in Windows 3.11) to move them. Works like a charm!

Feel free to mail me if something doesn't work. Oh, for the record, I'm using Windows 7 x64.